Successful minor programs start with volunteers and the most rewarding position is coaching. All you need to be a successful Coach to a FSMBH ball hockey team is an understanding of the basic rules of hockey, sportsmanship and a focus on fun and fair-play promoting participation regardless of player ability. Winning or losing it is the sportsmanship coaches promote that influence each child individually and as a team.

The league strives to have three volunteer parents on each team so you can work together to offer a fast.fair-play.fun. season of ball hockey for the team. As ball hockey co-coaches you would be committing 1 to 2 hours per week for about eight weeks. There is one practice provided at the beginning of the season for all of you to; meet the team, receive the team package and benefit from the assistance of FSMBH Staff to help you organize the practice by providing sample drills and assigning player jerseys.  Each team receives a case of game/practice balls, practice saucers and roster/clipboard, as well as, an electronic copy of the Canadian Ball Hockey Association Coaching Manual and a regulation CBHA rulebook.

FSMBH ball hockey is learn through play program offering a  warm-up at the start of each game to practice positioning and drills. Have you heard the saying, "no time to glide"... well that sums up ball hockey!  Without skates ball hockey is a fast paced, heart pumping, no time to glide game that will leave kids breathless.  Many players who join the sport are hockey fans or have played some form of hockey so they will only need to learn a few differences between ice and ball hockey and then they will be off and running. The players are responsible for their own jerseys and the league brings the goalie gear to each game so the only thing a volunteer coach will need to remember to bring to a game is your child, the ball bag and team roster.  We have FSMBH Staff at all games available to assist you, all you have to do is ask.  The Staff also take care of the scorekeeping, game sheets (roster pre-filled) and officiating (certified CBHA Officials).

We hope to see you on the bench (best seats in the arena) supporting your child's team while you cheer on your child at the same time! 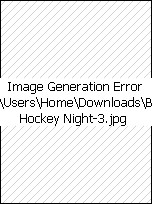 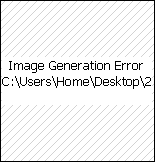